Dairyman sits in the southern alluvial plains of the Russian River Valley – a narrow valley that ends at the Pacific Ocean, near the town of Jenner. Named because it was once a dairy farm and pastureland, this vineyard has realized its greatest potential as a prime, virgin Pinot Noir vineyard. It was first planted in 2000 to a mix of Dijon clones 116, 667 and 777, all grafted on low-vigor rootstock 101-14. The region enjoys an extended growing season due to the cooling fog, that comes in through the Petaluma Gap in each morning and evening, and the afternoon breezes help to soften the effects of the warm sun. Together, these cooling elements help us to achieve ripe fruit while maintaining bright acidity. At the vineyard, each vine has been trained up on a vertical shoot position (VSP) trellis, which both limits the growth and opens up the typically congested fruit zone. The combination of low-vigor rootstock and alluvial soil stress the vines. The cool, coastal climate creates a long growing season that brings about small, concentrated and flavorful berries.

The Russian River Valley American Viticultural Area (AVA) is located 55 miles north of San Francisco in western Sonoma County. The seasonal fog and the tempering effects of the Pacific Ocean result in an uncommonly long growing season, creating ideal conditions for cool-climate-loving Chardonnay and Pinot Noir. Elevations range from sea level to 1,260 meters. The Russian River is the second largest river flowing through the 10 Bay Area counties (the largest is the Sacramento River).

In 1983 the Russian River Valley American Viticultural Area became an approved AVA. In 2005, the AVA was expanded, increasing acreage 30,200 acres to 126,600 by recognizing previously overlooked portions of the fog regions. The Russian River Valley AVA now covers more than 150 square miles, which includes about 15,000 acres planted to premium wine grapes.

The Russian River Valley climate is defined by the regular intrusion of cooling fog from the Pacific Ocean a few miles to the west. It ebbs and flows through the Petaluma Wind Gap and the channel cut by the Russian River. The fog usually arrives in the evening, often dropping the temperature 35 to 40 degrees from its daytime high and then retreats to the ocean the following morning. This natural air-conditioning allows the grapes to develop full flavor maturity over an extended growing season — often 15 to 20 percent longer than neighboring areas — while the cool air helps them to retain their natural acidity.

Our Dairyman Vineyard sits on the region’s famed Goldridge soil which is derived from the remains of an ancient inland sea that slowly emptied into the Pacific somewhere between three and five million years ago. Considered to be ideal for growing Pinot Noir and Chardonnay, this soil is highly-sought after by those seeking to produce high-quality wine grapes due to its excellent drainage and low soil fertility.

You may also enjoy 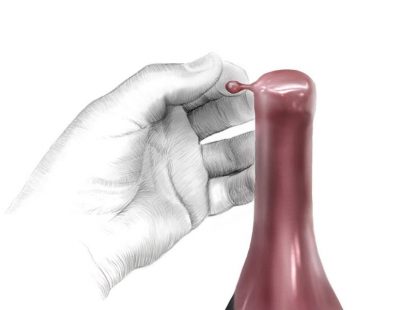 The new, proprietary pull-tab available on Belle Glos wines beginning with the 2014 vintage was recently featured in an article […] 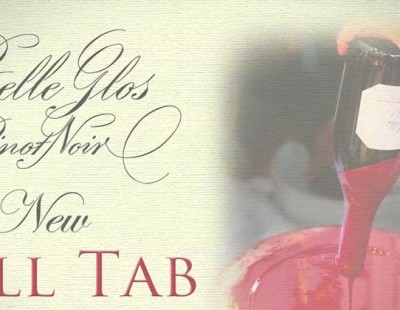